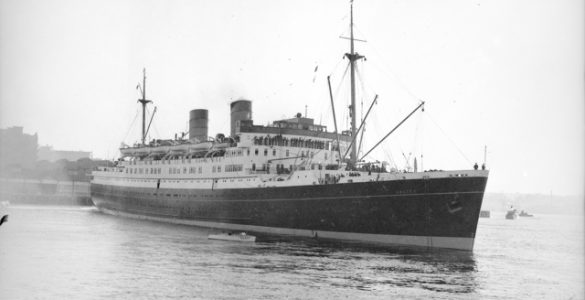 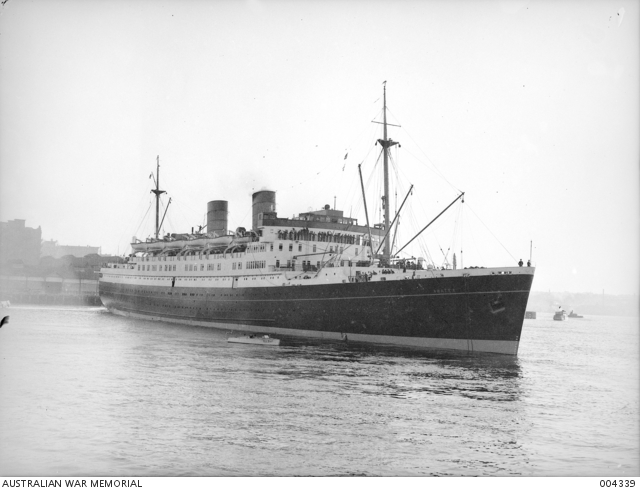 How many ‘incidents’ occurring during WW2 were buried in the interests of maintaining morale or the avoidance of their use as enemy propaganda? One such incident (albeit, as it turned out, a relatively minor one) involved Jim Ives and other newly be-winged RAF Arnold Scheme pilots.

The New Zealand based RMS Awatea was a fast liner (at the time the third fastest large passenger liner in the world) crossing the Tasman Sea between NZ and Australia) Awatea is a Māori term – perhaps not a ‘translation’ but the essence of the meaning – ‘bright shimmering pathway’.

You will know from ‘Does life hold any more in Store’ cousin Jim was among those who embarked on HMT Awatea for the homeward voyage from Halifax, Nova Scotia, with other pilot graduates of 42G. The converted liner/ troopship left port on 22nd August 1942 in the company of others in convoy AT-20, a ten ship ‘fast’ convoy, and limped back to Halifax after colliding with a US Navy destroyer, USS Buck, in the fog (chapter sixteen details the events).

A contingent of the Canadian Forestry Corps were also on the Awatea, in transit to Scotland. As with many topics researched, information previously hidden or missed has more recently come to light as the encyclopedia of the world-wide web expands with ever more relevant documents and other folks’ research.

The servicemen who experienced the Awatea incident were apparently sworn to secrecy. Jimmie only intimated to his pal Lilian that a vague something had happened on the voyage back from the USA and he had lost some of his kit as a consequence. 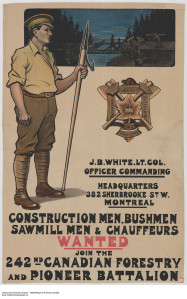 Interesting to find this extract from No 27 Co. Canadian Forestry Corps War Diary:-

‘Personnel take their quarters on board HMT AWATEA’

Place:- On the sea

‘Boat is shaken under a shock and Alarm to go to muster station is sounded.’

‘Several explosions are heard on starboard side – Lights are off -‘

‘All personnel of the Company is accounted for at muster stations – Mr Sequin is detailed to report everybody ready to the Lower Bridge.’

‘Mr Sequin reports his duty is fulfilled and threw some light upon the facts: “One of our men on sentry duty at Lower Bridge reports he saw the ship ramming a destroyer, the destroyer was hit on the rear at a right angle and under the shock the bow of the destroyer swung around and bounced on us amidships loosing a few depth charges”, this accounts for the second shock when the lights went out. Our transport came to a standstill while the destroyer was drifting ablaze and suddenly exploded five hundred to seven hundred yards by our stern. The crew is believed lost.’

‘All personnel is still standing-to, ready for anything, the boat is standing still or moving very slowly’.

‘Men are getting nervous of waiting standing up pressed against each other.’

‘Word is passed to go back in the quarters but not to undress. Ship has turned around and is now slowly moving towards what is believed to be Halifax.

‘Destroyer from unknown point is meeting us and we sailed at about three or four knots.’

Just over a month later, on 26th September 1942 27 Company left Aldershot with 6 officers and 162 ORs at 0900 hours, arriving at Halifax at 1400 hours where they embarked once again on HMT Awatea. The ship sailed from Halifax on 30th September reaching Greenock harbour on 6th October. Having made its way up the Clyde to Glasgow the Company disembarked at 0900hrs, entrained at 1000hrs and arrived at Brodie at 2180 hours, moving to their camp at Cooper Hill by Forres, Morayshire at 1830 hours the following evening.

‘I was on the Canadian troop ship (a converted passenger liner) that collided with the USS Ingraham (the Awatea actually collided with the USS Buck). It was not an oil tanker. I saw the collision. I was just going up for watch on the bridge at midnight. As I was going up the stairs I felt a tremendous jolt and all glass shattered. Since it had been a passenger liner, there were lots of mirrors and glass…it had been commandeered for troop movement’.

‘As I got to the bridge, I saw the destroyer, which we had hit amidship, float off and sink’.

‘We were mustered to abandon ship, on deck, because the bow of our ship had a gaping hole in it’.

‘We managed to get a crew down in the hold to batten off the front compartment and kept us afloat. They turned us around back toward Canada, and we limped at 5 knots back to port…not knowing if we would ever make it back.’

‘I think it took two nights to get back. We were met by some Canadian sub-chasers and we made it to Sydney on Cape Breton Island. For the first week, we were told not to tell anyone that we were in a convoy, for security reasons …we were trying to protect the passage, to England, of the convoy that went on without us. German spies and U-boats were a big problem.’

‘Three or four months later, we were shipped back to Halifax where we joined another convoy to England. We participated in D-Day at Juno beach. I shall never forget standing on the bow at midnight, watching the USS Ingraham float off and sink.’ (The Ingraham had been the victim of a second collision with the USS Chemung – the foggy conditions, the close proximity of the stricken vessels and that the Awatea had turned back may well have led the trooper to believe that the sinking USS Ingraham was the ship with which Awatea had collided).

‘Our quarters were quite crowded, and we slept in rows of hammocks on the lower decks. As my partner and I dressed out for our midnight watch we were just beginning our ascent of the stairs when what we thought was a torpedo shattered every breakable thing in sight. Men were dumped out of their hammocks en masse and we discovered that we had collided with a US destroyer which was floating off in the patchy fog. Our vision was, of course, not perfect and our frantic concerns were for our own survival. However, our shared observation and analysis were that the destroyer sank within minutes accompanied by some rather loud explosions.’ 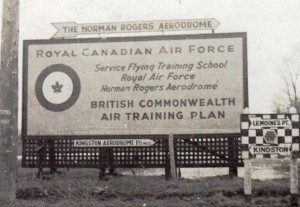 I hope that Alastair Cameron won’t mind me including here that his father F/Lt Ronald Cameron RAFVR was also on board the Awatea, homeward bound after his own pilot training and following a stint as an instructor at 31SFTS Kingston.

‘On leaving Kingston he passed through No.3 Manning Depot at Moncton. From there to Halifax and he was on a convoy home. On route the ship he was on, zigged and an American escort destroyer zagged and the destroyer lost and was cut in half and sunk. His ship returned to Canada and all the servicemen on board were put on a train to New York where they were sent home on the Queen Mary on the 3rd September 1942.

All during this journey they were not allowed to talk to anyone about the incident that happened on the earlier convoy or to take pictures on the trip to the USA.

He arrived home on the 11th September, the ship docked at Greenock and all the Airmen on board were sent to 3 Personnel Dispatch Centre (PDC) in Bournemouth.

I recommend you have a look at the Awatea – great photos, especially of the stylish interiors. What a tragedy that the Awatea was pressed into service as a trooper and was later sunk by German bombing. Many thanks to Rueben Goossens for the detail and care furnished on his history of the Awatea.

Lilian, Jim’s workmate from LCDRHQ, had been aware that there had been some sort of ‘incident’ during the return Atlantic crossing – but true to their Civil Service ethos, either Jimmie did not mention the details to her, or Lilian remained circumspect about the occurrence. Whatever the case the dates tally with Jimmie Ives’s log-book entries. For a near tragedy involving about 5,000 WW2 servicemen, including 316 expensively trained RAF pilots – there is scant record of it. 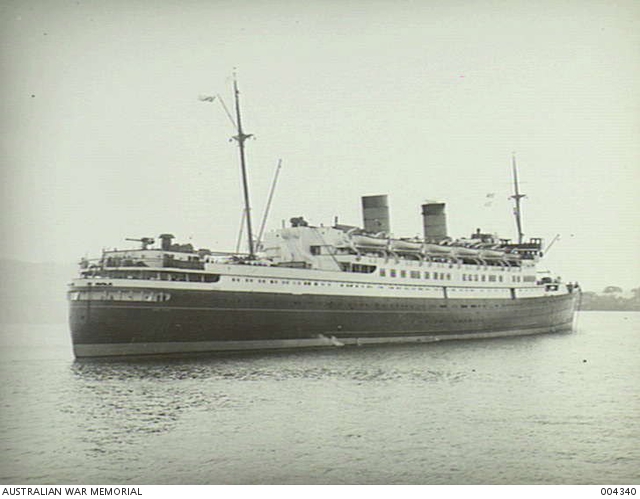 One thought on “WW2 – 316 newly qualified RAF pilots collide with US Navy in Atlantic.”