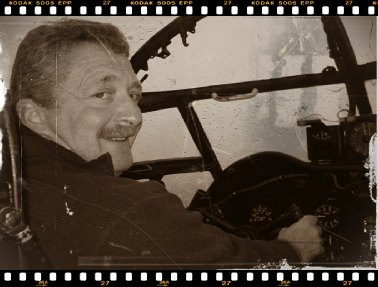 Me – John Proctor 55, married to Carollyn for 24years. We have two daughters Rosie 18 and Grace 16, two horses, a pony, two dogs and a cat. I was lucky to be brought up on a small, mixed farm in West Herts in the 1960s and early seventies. A keen primary school student, my keenness waned somewhat at Ashlyns School, Berkhamsted where sport became of primary importance, playing cricket for Herts County Schools U16s (hitting the winning runs against Kent). I did manage seven ‘O’ levels allowing me to stay on in the sixth form to play football for Herts County Schools U18s. Somehow I managed to pass 3 ‘A’ Levels (English, Geography and History) but had no desire to further my education at University.

My first job was as a clerk in the motor department of GRE Assurance in Watford, requiring a short commute by train.  I enjoyed neither the job – filling in computer data forms and later conjuring up insurance quotations, nor the rail journey.  I convinced my parents that a motor- cycle was a good idea and I took to two wheels (Honda CB200).  A move from motor to accident department led me to look for another job.  Meanwhile football and cricket were still important, playing senior football in goal for Berkhamsted Town (for which I was paid – two pounds a game) and village cricket for Bourne End including captaining the team.

Cricket helped me to secure a job I liked and ended up doing quite well.  I had played cricket in the colt’s side at Bourne End with local surveyor Bill Johnson’s sons, a junior’s job came up at Mr J’s office in Hemel Hempstead and I got the job.  Part of the deal was day release to study for the Royal Institution of Chartered Surveyors qualifications which I eventually passed and was entitled to wear letters after my name.  Taking professional exams by this route while working at a traditional style architectural/ surveying practice was an extremely good grounding in the profession.  After a couple of strategic moves to the two-man building surveying department of a local estate agency and then to a large Housing Association I convinced myself that I could become a freelance surveyor – which I duly became – long hours, hard work and a recession.  I made a solo parachute jump and played more football – Herts County League for Coopers

(Wellcome, Roussel and various other names, but the same club) and still more cricket at Bourne End.

In the late 1990s a legacy allowed me to review my career – whether to embrace computer-aided design and learn the new building regulations or do something else.  I took a course for making leaded glass panels, liked it and then learnt the techniques of  traditional glass painting.  Self- employment allowed me to make a gradual transition from architectural work to full-time stained- glass/ lead-light making which I still do and thoroughly enjoy.  Too old for football, and more recently I regretfully gave up cricket as my knees no longer did what I wanted them to do.  In 2011 we moved back to the farm where I was brought up.