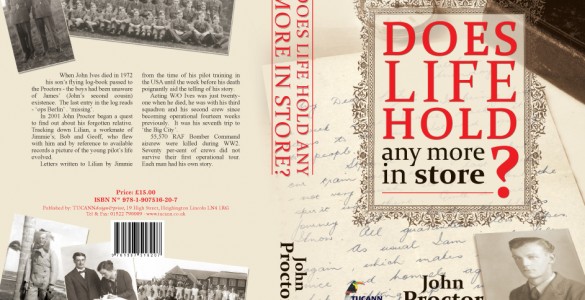 Buy The Book  “Does Life Hold Any More In store”

Payment can be made securely by the PayPal button or alternatively email your order via the sales button on the contact page of this website. If you would like me to sign a copy or add a message, please state your requirements by email.

What were you doing between the ages of eighteen and twenty-one?  I was working at a surveying/ architectural practice as a trainee, I was still living on the farm with my parents, playing sport – football and cricket, going to the pub. My father’s cousin Jim was in the RAF when he was eighteen, he was killed in action soon after his twenty-first birthday.

In the late 1960s we used to visit Uncle John and Auntie Mabel at their home in Southall.  Uncle John was a dapper man who wore a blazer with a badge, loved bowls, horse and dog racing and was proud of his career with Sir Robert McAlpine Ltd., especially his presentation to the Royal Family of Siam and working on the construction of Wembley Stadium.

Auntie Mabel was a sad, grey, gaunt, elderly lady, whose teeth did not fit very well.  It is difficult to reconcile her then against photographs of her in her younger days.

My abiding memories of our visits were of the airline seats furnishing the front room, a wooden aircraft propeller boss adorning the wall, the bolted timber scaffolding constructed by elderly Uncle John to paint the outside of the house and of visiting the park to see the colourful circle of Sikh gentlemen.

I do not remember ever seeing or hearing any reference to their only son James Kenneth Ives.   Jim’s twenty-first birthday happily coincided with a week’s leave from his operational bomber squadron in mid-November 1943.

11 weeks later he was posted ‘missing’.  His Lancaster had been shot down over Berlin and six of the seven man crew, including cousin Jim, were killed.

Uncle John died in 1972 and the house in Southall was hastily cleared.  Some of Jim’s effects, including his flying log-book, a few photos and his Willsonite aviator sunglasses came into our keeping.

I was given the sunglasses which one day dropped from my pocket and one of the green toughened glass lenses shattered and I foolishly threw the remaining lens and frame away which I deeply regret..

When he became ill in about 1999 I talked about cousin Jim with dad but as the branches of the family had only met up on rare occasions there was little to tell me –  Jim had red hair, he was a bit smart – a bit ‘London’, he had played the violin and he was thought to have been shot down off the Dutch coast returning from a bombing raid.

So I set about finding out what I could. Breakthrough #1 was to contact Miss Noble, a friend of Uncle John’s who might also have known Jim.

Miss Noble had visited us once and I distinctly remember her for her white hair.  Mum still had her address and the first speculative letter that I was to write over the next twelve years or so produced a prompt reply, a telephone call to the effect  – ‘I’m so glad somebody’s interested in dear Jimmie, I still think about him every day.’

What more encouragement would anybody need to find out more? An interview with Lilian Noble revealed that they had worked together before Jim had joined the RAF and that thereafter they had regularly written to each other.

Lilian had kept Jim’s letters which she kindly lent to me.  The letters form the heart of Jim’s story.

Soon after this on a rainy morning on our club’s cricket tour to Kent I went with Les Bandy to have a look at Manston aerodrome’s museum and shop.  The shop happened to have a copy of W R Chorley’s Royal Air Force Bomber Command Losses of the Second World War – vol. 5 1944.

Turning to the relevant date, there he was – A/W/O Ives and his crew –shot down from 21,000 ft by a night-fighter etc. and with an indication of p.o.w against the name of F/Sgt R G Fenton RNZAF.

A revelation! – shot down over Berlin and there had been a survivor. How to trace the survivor?   This fell right into my lap – my brothers deal in second-hand books and a Christmas present of Martin Middlebrook’s  ‘The Berlin Raids’ found me leafing to the 30th January raid.

Lo and behold! – an account of Robert Fenton’s escape from the stricken 100 Squadron Lancaster piloted by W/O Ives!   A phone call to East Kirkby Aviation Heritage Museum gleaned Mr Middlebrook’s phone number and in a matter of minutes I had an address for Mr Fenton in New Zealand (albeit ten years old) and some advice on how best to approach the current occupier.

Another speculative letter produced the most moving result from Bob Fenton – a letter, together with photos of some of his crew-mates (excluding Jim).

Bob explained the circumstances of losing their original pilot and that he ‘did not have much time to get to know Jim, but what I recall he was a fine chap’.

A third occurrence convinced me that I must pursue the research as fully as possible.  My first visit to see the spectacle of ‘Just Jane’ being started up and taxied out at East Kirkby Aviation Heritage Centre sparked a remarkable coincidence (set of coincidences).

Whilst in the shop I overheard a snippet of conversation between the owners, Fred and Harold Panton and a visitor – I heard something to the effect ‘100 Squadron – my old squadron’ – Jim’s squadron too.

I waited until their conversation had finished and I collared J Douglas Hudson DFC ex Navigator, 100 Squadron RAF Bomber Command.

Douglas had indeed been on the squadron during Jim’s time there, although their arrivals had been a month apart and staggered leave periods meant that their crews had not been on the battle-order together many times, but Douglas recognised the name Ives from the operations board.

We chatted about where we lived (he in Lincolnshire, me Hertfordshire) and it transpired that his son-in-law had also lived in Hertfordshire for a time.  I expanded that my home was in Berkhamsted – Douglas used to visit his Aunt in Berkhamsted – recalling the house name ‘The Small House’ which ‘was up a long hill from the station’.  With my surveying and estate agency contacts in the town I felt I could discover exactly where the house was.

A few days later I was contacted by an ex-surveying colleague who had clients who were extending their recently bought house and may want some work done on a stained-glass panel.  The house was, of course, Douglas’s Aunt’s old house!  Later the same day the Estate Agent I had contacted left a message to say that he had recently sold the house!  I subsequently arranged a visit and mention was made of some African artefacts stored in the loft, which, it transpired had belonged to Douglas’s Aunt – mementos of her time in Africa.

Finding something out encourages you to find more and so it has snowballed. Speculative letters to local newspapers, RAF Squadron Associations, etc., have put me in touch with relatives of Jim’s crew, including Sgt Harold Johnson’s cousin in Scotland and his sister in Canada who kindly provided more photos and recollections, with Sgt Savage’s sister and Sgt Cornes’s family – more recollections, log-book entries and a visit to see the BBMF Lancaster at close quarters.

Another great triumph was to trace Jim’s B/A from his first crew (OTU, CU and 625 Squadron) following another postal campaign to everyone I could find in the telephone directory of that initial and surname.  Geoff was a goldmine of information, even though he claimed to have a bad memory.

Other family researchers have also turned up trumps where crews had been closely associated or where similar experiences were contemporaneous with Ives’s own.

The internet has produced a number of intriguing contacts, especially in the case of LACs Robert Jones and Ian Cunnison.  Another ‘fishing’ letter written to P/O Jones’s ex-F/E  who had posted his experiences on the web, in turn put me in touch with P/O Jones’s  relatives who are the custodians of a photograph album compiled by Jones during his time training and instructing in the USA.

They kindly lent me the album which served to confirm the identities of ‘Bob’ (Robbie to his family) and ‘Ian’ mentioned in Jim’s letters, with duplicates of some of Jim’s own photos and a whole lot more recording Bob’s stay in the USA.

Information about his father was gratefully received too from Ian Cunnison’s son. My investigations have thrown up so much that I did not know about RAF Bomber Command – its role and strategies, its airmen and equipment – that I feel it should be recorded, especially as much has been taken from first-hand recollections and original records.

I believe that we owe a massive debt of gratitude to the ‘bomber-boys’ and that the 55,573 aircrew who were killed in the Second World War should be recognised for their courage and personal sacrifice.

Who could deny the poignancy of  the last entries in Jim’s log-book, a photo of a group of lads having a laugh at the lido, a boyish sergeant pilot.  What better way is there to honour them than to tell the story of some of these hitherto unknown airmen.