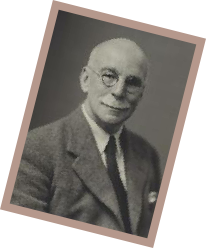 This page is dedicated in honour of Doc Bailey

‘Doc’ Bailey was a scientist at the Geological museum who reputedly stalked the building at night with a torch and a gun. Alma Coombes was always fearful that he would shoot someone. In his letter to Lilian in November 1943 Jimmie Ives makes reference that he had ‘Just heard on the radio that our Doc Bailey (of Museum fame) has got a gong or something. Move in high circles don’t we?’

Eccentric Doc Bailey’s ‘gong’ was in fact The Royal Medal, awarded by The Royal Society for the most important contributions in the physical, biological and applied sciences. The award was in recognition of Bailey’s ‘distinguished contributions to the knowledge of mountain structure and his studies on the tectonics of vulcanism’. 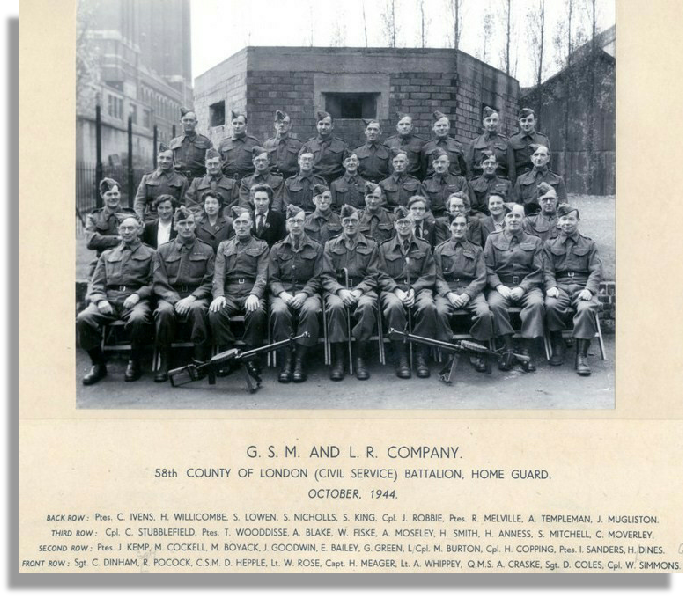 LCDRHQ’s ‘newsletter to the forces No.10 of January 1945 made reference to ‘our genial and eminent landlord, Dr E B Bailey, head of the Geological Survey, was knighted in the New Years Honours of 1945.  He is planning to go to Persia in the course of the next few months and will be happy to take messages from any of our colleagues who would like to pass them to Miss Hobbs through him.  We all congratulate Sir Edward on his well-deserved honour.’

Edward Battersby Bailey was born in July1881 in Marden, Kent. Bailey was educated at Kendal School and studied at Clare College, Cambridge where he graduated with first class honours in both parts of the Natural Sciences tripos. He worked with HM Geological Survey as a field geologist between 1902 and 1929 (with a break during the Great War), establishing his reputation as an authority on mountain structure.  He married Alice Meason in 1914.

During the First World War E.B. Bailey served in the Royal Garrison Artillery. He was wounded twice and lost an eye, was twice mentioned in despatches, was awarded the Military Cross and the Croix de Guerre with palms and was made a Chevalier of the Legion d’Honeur. Edward Bailey rose to the rank of Lieutenant.

In 1929 Bailey moved to Glasgow as Professor of Geology at the University of Glasgow, a post he held until 1937 when he left Glasgow to become Director the Geological Survey in London, having been elected a Fellow of the Royal Society in 1930. ‘Doc’ Bailey retired in 1945, the year he received his knighthood.  Alice Bailey died in 1956, Sir Edward married Mary Young in 1962.

Bailey was a renowned eccentric – ‘….he had a habit when in the field of leaping into the first stream he saw to get his boots soaked, which avoided any later reluctance to get his feet wet; his naked plunges into Highland burns on the coldest days to emphasise his ‘machismo’; his habit, on leaving his lodgings with a packed lunch, of sitting down about half an hour out saying “Let’s eat it now and get it over with”.’ (H.E.Wilson)

The Supplement to the London Gazette of Friday 29th December 1944 recorded that H.M. The KING intended to confer the Honour of Knighthood upon amongst others:-