If you are a relative of one of the casualties listed and have a family story or information about hem, or a photo, please get in touch we would love to add them to our honour pages.. 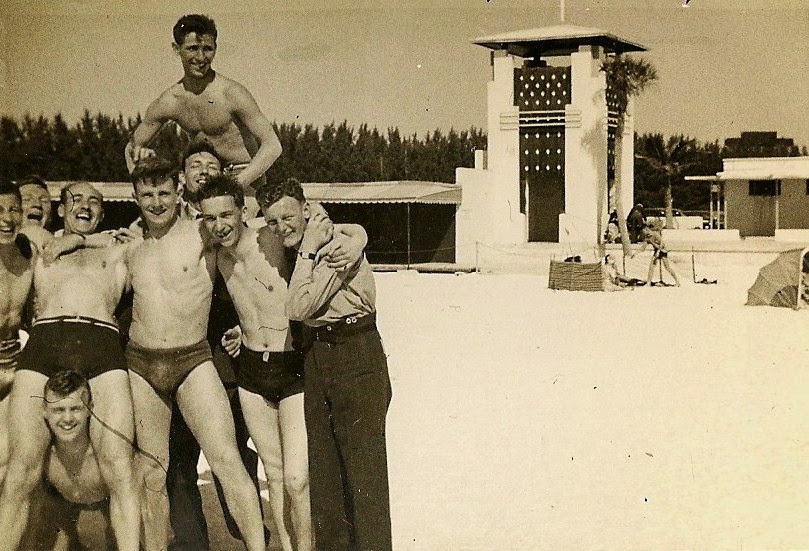 Sgts Hicks, Hatchard, Carr, Glen, Francis and Hardy – On 24 th  March 1944 this crew flew with F/Lt A J H Wright on the operation to Berlin, with the exception of Sgt J F Francis.

Their ranks at that date were –

Crew – It is not clear whether the crew accompanying   F/Sgts Jacques and Ives on December 13th 1943 were Sgts Hicks, Hatchard, Carr, Glen, Francis and Hardy and would have become Jim Ives’ new crew, or, whether it was the crew with whom F/Sgt Jacques flew – Sgts Phillips, Farran, Morton, Seddon, Holford and O’Donnell (shot down on 15-16th February).

W/Co Dilworth was killed on the operation against Schweinfurt on 24 th /25 th February 1944.

He was killed on ‘Battle of Britain day’ 17 th  September 1949 when his aircraft crashed into the sea.

operations when he was assigned to the Special Duties Flight.

Francis Wadge is believed to have flown his ‘second-dickie’ trip with W/O Tommy Heyes on 23 rd  December operation to Berlin.

The navigator in F/O Hamilton’s crew was W/O (later P/O DFC) James Douglas Hudson  whose memoirs ‘There and Back Again, a Navigator’s Story’ catalogue his remarkable experiences as a P.o.W. of the Vichy French in North Africa following a forced landing en route to Malta in a 101 Squadron Blenheim.

Having been liberated and repatriated following the Allied victory in North Africa, Douglas went on to fly a full operational tour during the ‘Battle of Berlin’ and up to ‘D- Day’ with F/O Hamilton’s crew.

F/Sgt Mortimer – flew his ‘second-dickie’ trip with W/Cdr Dilworth on 28 th  January 1944.  Commissioned  just prior to the Nuremberg raid at the end of March 1944.