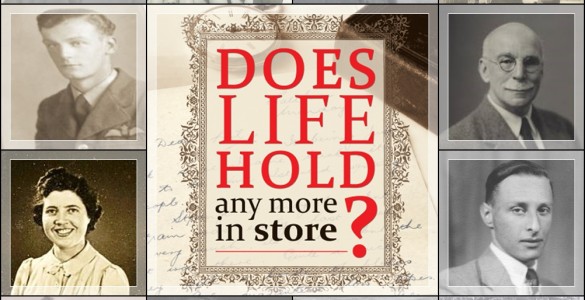 First of all – congratulations and many thanks to the Boy Genius for a job very well done in completely redesigning the website. There’ll be plenty of new pages to view in the coming months.
As most of my research has been concentrated on RAF Bomber Command’s 1 Group I have largely neglected the Handley Page Halifax heavy bomber. I know that aircrew who operated the Halifax were as loyal to their type as those who flew the Avro Lancaster were to theirs. News came to me this week from Canada where my good friend Ron had been in conversation with a veteran of the RCAF who had remarked that Halifaxes had the advantage of being able to shoot down night-fighters below them. I was aware that the Lancaster had the potential to have a ventral turret, but examples were apparently rare. A quick search revealed that a trial was carried out in late February 1944 to arm the Halifax bomber with a belly gun.
By that time boffins had already come up with a powered gun-mounting, operated remotely by a gunner sighting through a wide-angle downward-viewing periscope which gave him only a split-second to aim and fire. A more simple modification was sought – the ‘Preston Green under defence mounting Mk.II’.
At first glance Halifax III, LW650, taking off from Boscombe Down on 29th February 1944, looked like any other Halifax with an H2S radar blister beneath its fuselage. However, the scanner housing had a 0.5in. Browning machine-gun set on a USAAF style mounting ring, an aft-facing seat with a tilting back-rest was mounted in the scanner blister for the gunner. The blister had a viewing aperture allowing the gunner to search and the machine-gun mounting could be readily swung clear to give him a clear field of view, but was easily locked back into its firing position.
At that time H2S sets were deemed to be an essential bombing aid – ND360 had been fitted with a set in mid-January 1944 – but the supply of radar sets could not keep up with the demand for retro-fitting in existing aircraft as well as for the steady stream of new bombers coming out of the factories. New Halifax B Mk IIIs would, for a while at least, be fitted with the Preston Green mountings.
http://myweb.tiscali.co.uk/hphalifax/guns.htm
outlines details of the Preston Green Mk.II as follows:-
Fire control Manual or electrical.
The trialling of ventral guns at this time suggests a continued awareness of the vulnerability of heavy bombers to attack from below, but whether this was also an acknowledgement that night-fighters were armed with upward firing cannon is unclear.
Once the production of H2S sets caught-up, the ventral gun modification was superseded in favour of fitting radar scanners – a decision made in favour of technology and the need to place bombs as accurately as possible. Unfortunately German night-fighters’ FuG 350 ‘Naxos’ sets homed in on H2S emissions. Would the idea of having an extra pair of eyes and a 0.5in Browning have been more appealing to bomber crews than an air to ground radar set?