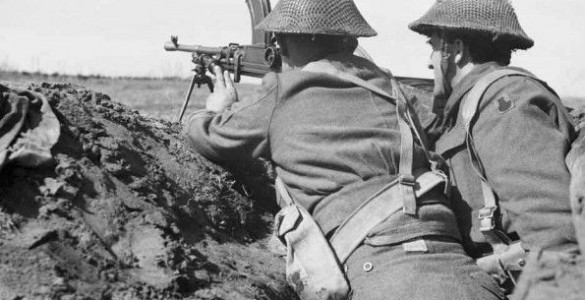 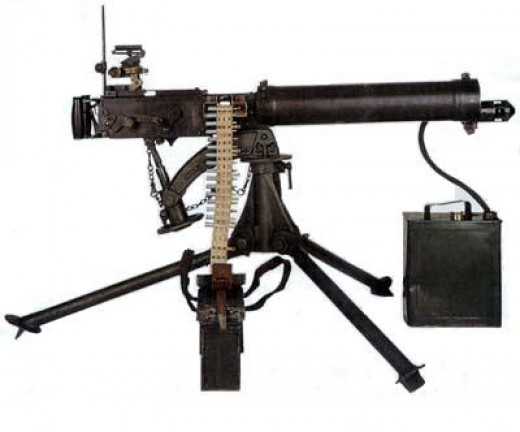 The Vickers Machine Gun came into service in the British Army around 1912. This weapon, designed in 1884 by the American engineer Maxim, was later upgraded and became the standard weapon in Britain. The Vickers machine gun served the Army and the Royal Air Force.

Cooled by a 4 Ltr  of water, the Vickers machine gun was able to be used during several hours without stopping, (overheating) hence its importance during the two world wars 1 and 2.

But despite its great fire power and its resistance to heat, the Vickers machine gun remains handicapped by its heavy weight (up to 37.67 pounds with tripod).

Major RV Sheffield and HJ Turpin (which were largely inspired by the excellent German submachine gun, ) decided to name their weapon. They took the initials of their names and added the two first letters of the firm Enfield: ST-EN.

The first use of the Sten in a combat situation took place in Dieppe as part of Operation Sledgehammer, in August 1942, since it equipped Canadians soldiers.  British army used from 1944, it is dropped in large quantities to the Resistance due to its simple use and maintenance.

Its small size allowed it to equip the British airborne troops, notably during the Normandy landing and airborne operations. 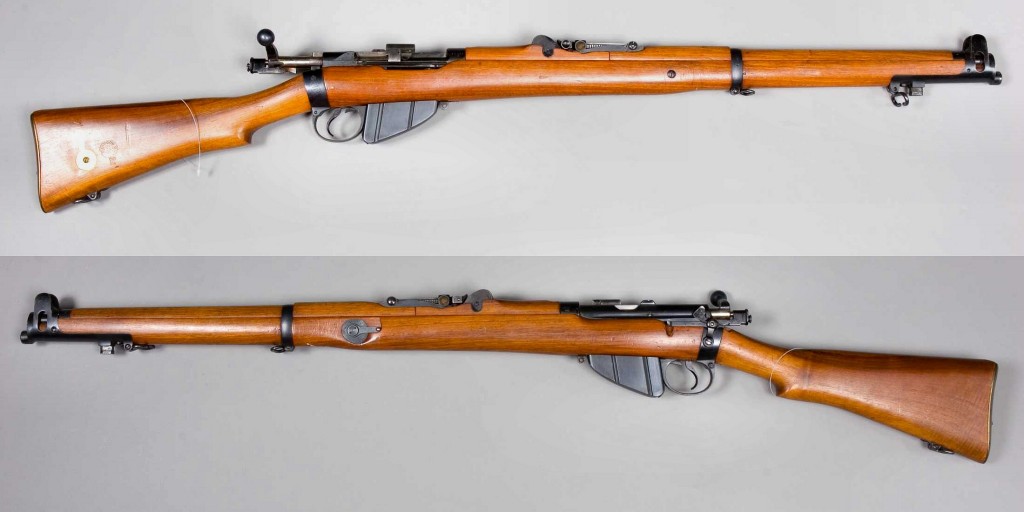 The Lee Enfield Mark 1 No 4 was introduced in 1941 as the British Army’s standard weapon. Created in 1895 by engineer JP Lee.

Mark 1 number 4 is a descendant of the Lee Enfield Mark 1 rifle introduced in 1906 and which was the basic weapon of the British army during the First World War and was used in the battle of the Somme.

This weapon was also used as a sniper rifle by soldiers of the Alied Forces during WW2 many famous video games use this weapon like Call of Duty.

The receiver may include one or two clips of 5 bullets, depending on the choice of the shooter. This represents a total capacity of 10 cartridges. 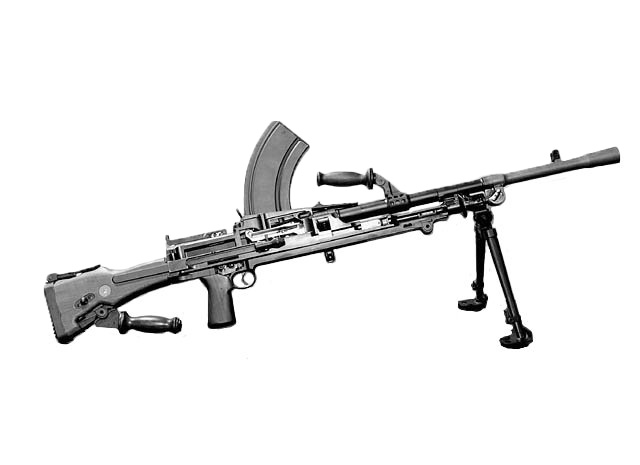 Very quickly, British infantry, which is gradually equipped with the Bren Gun, gave advices to British military engineers to improve the weapon. The main criticism was made about the magazine capacity, considered very small.

But the Bren Mk II was still one of the best guns in its class, easy to install on most vehicles used by the Brits and offering a packing fire power to its users.